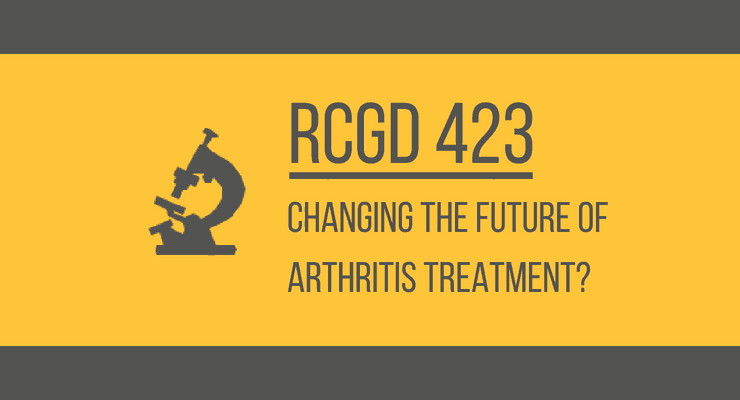 Lead scientists at the University of Southern California’s Keek School of Medicine are jumping – without pain – for joy at the results of their latest study. They believe they have discovered a molecule, “Regulator of Cartilage Growth and Differentiation 423” (RCGD 423) that could potentially make total joint replacement, as we know it, unnecessary.

In tests conducted at the university, they were able to show that this molecule does in fact promote cartilage growth while stopping the inflammation that leads to cartilage degeneration. To jump into the nitty gritty of how RCGD 423 does this miraculous thing, we need to get down to the science of how it all works. The glycoprotein 130 (gp130) receptor is capable of receiving two types of signals from the body, namely those that promote cartilage development in the embryo, and those that trigger chronic inflammation in the adult. RCGD 423 boosts the gp130’s ability to receive the cartilage development signals (which leads to cartilage regeneration, even in adults), and blocks the inflammatory signals. (Shkhyan, 2018) 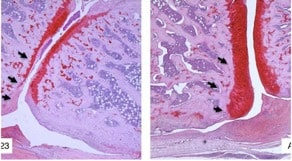 What do the study results indicate?

The results of this study were clear. When applied to cartilage cells, RCGD 423 caused these cells to generate more and die less than they normally would if left untreated. This treatment has yet to be conducted on humans; however, in a lab setting, when injected into the knees of rats that had damaged cartilage, the injuries healed more quickly and with better final outcomes. In short, the injuries healed more effectively.

Interestingly enough, RCGD 423 has also been confirmed to be an effective treatment in male patterned baldness. RCGD 423 is quite the discovery in the quest for youth it seems. The University of California, Los Angeles currently holds the patent for RCGD 423 related to its ability to regenerate cartilage and is in the process of filing the patent for its use in hair growth.

What does the future hold?

Lead scientist, Dr. Denis Evseenko, speaking in regard to the effects of RCGD 423 on arthritis is not hoping to cure the disease, but to delay progression to the more severe stages. Joint replacement accounts for over 1 million surgeries per year in the US. Here in Canada, hip and knee replacements were performed on approximately 113,000 patients in 2014-2015, and that number is increasing at an average rate of 20% each year. It is a well- known fact that we have an aging population and with arthritis affecting upwards of 16% of the population, it is conceivable that the number of replacements will continue to increase.

A development like RCGD 423, should it prove effective in human clinical trials, could change the face of arthritis and the way we treat it forever – not to mention the pressure it could relieve on our healthcare system! A development like this could be extremely beneficial to Canadians.

Contact Arthritis and Injury Care today and speak to one of our healthcare professionals to begin your path to wellness!